Life can be unfair, as Peloton will testify 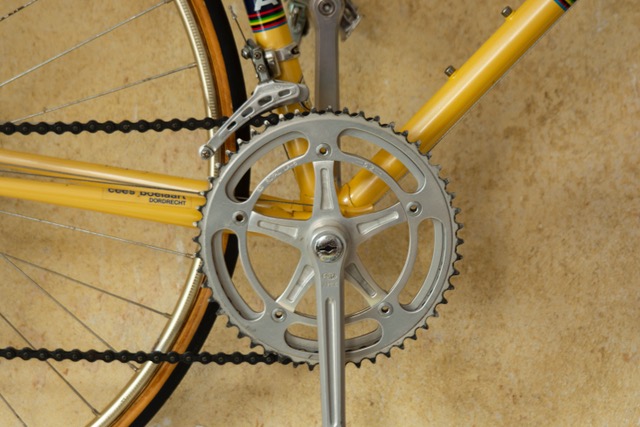 For less high-tech but equally good for you cycling: Photo by Jeremias Radny on Unsplash

Sales of their hi-tech exercise machines plummeted recently partly because a character in a famous TV show dies after a sweaty session on one of their bikes.

On Tuesday, Peloton announced their CEO will be “leaving the business.”

Not all of Peloton's woes can be blamed on that show and the infamous episode in which the lead character clearly says the Peloton name (and not in a loving way) on numerous occasions.

Contrast how Peloton sales boomed massively during the Pandemic.

A new factory was purchased to keep up with demand.

Hence the departure of a leader previously seen as a star performer.

It must be galling to have sales dented massively by a fictitious incident in a fictional TV drama.

As I said, life can be unfair.

What does any of this have to do with exhibitions?

Not a lot except to say that here at Guardian Display, we deal in the real world of helping clients build their sales.

14th Apr 2021
Where did I put our exhibition stand?
learn more

13th Jan 2021
Do you need to instigate a branding revamp?
learn more

25th Apr 2019
PowerPoint is amazing: Here’s how you can make the most of this  excellent presentation tool
learn more
5th Apr 2019
Is your trade show stand a good ambassador for your business?
learn more

8th May 2018
An exclusive invitation from the IET: Bits and Bytes at Savoy Place
learn more

13th Oct 2017
When size really does matter: making the most of a large exhibition space
learn more

25th Aug 2017
Boost your eco-credentials (along with your business) - choose a Versaform stand!
learn more
18th Aug 2017
Get a Head Start On The Competition: Plan For Your Next Exhibition!
learn more
11th Aug 2017
Why You Should Hire a Custom Exhibition Stand This Autumn
learn more
4th Aug 2017
Dressing for Success Part Two - over to you!
learn more

23rd Jun 2017
Big Ideas: How to Make the Most of a Small Exhibition Space
learn more
8th Jun 2017
Everything You Wanted to Know About Exhibition Stand Graphics (but were afraid to ask!)
learn more
2nd Jun 2017
Come and say hello at the BNC Summer Show!
learn more

31st May 2017
Don't miss our Great Stand Giveaways! How to stay in visitors' minds long after your event
learn more
19th May 2017
How to attract and engage your visitors
learn more
12th May 2017
A Handy Exhibition Venue Guide... Old Billingsgate
learn more
8th May 2017
Renting or Buying...Which Display Stand Option is Best for Your Business?
learn more